"The only magic I'll use will be these two hands!"
~ Diamond Jack 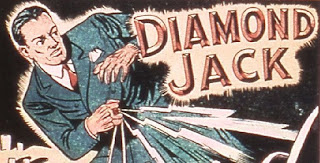 “With the help of a magic diamond given him years ago by a magician, Diamond Jack can perform mental and physical miracles which amaze ordinary human beings…but always he uses the magic diamond only to do good and destroy evil!”


Diamond Jack was given a magic diamond encased in a ring by an aged magician who taught him how to use it to "aid the worthy".   The diamond was once the eye of an evil god.

The power of the ring manifested in traditional mystical ways such as changing objects from one to another and allowing Diamond Jack to control objects or people.  It also granted him superhuman powers such as strength, speed, flight and invulnerability.  The magic used was dependent on his concentration.


The following is from Slam Bang Comics # 1. 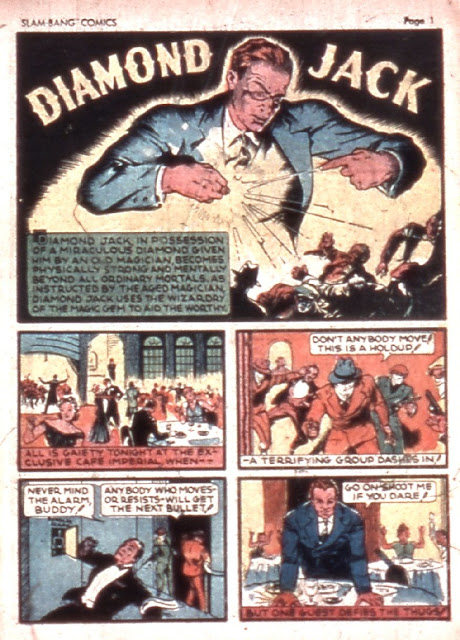 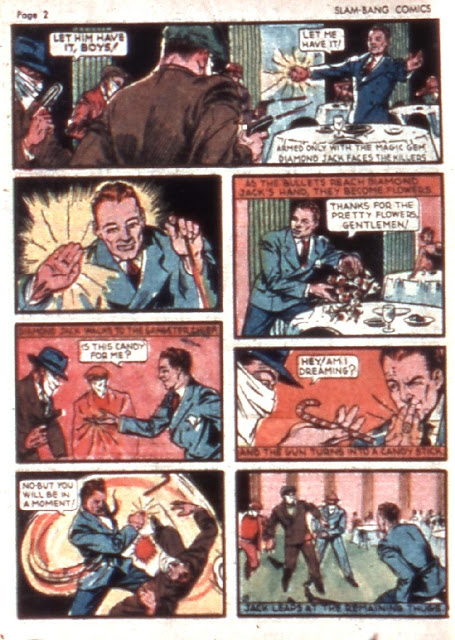 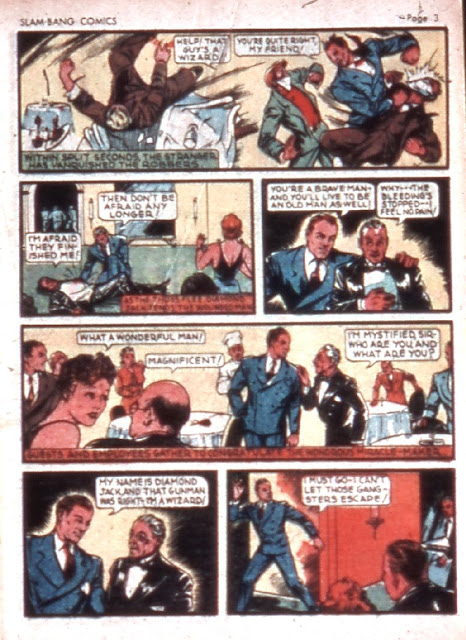 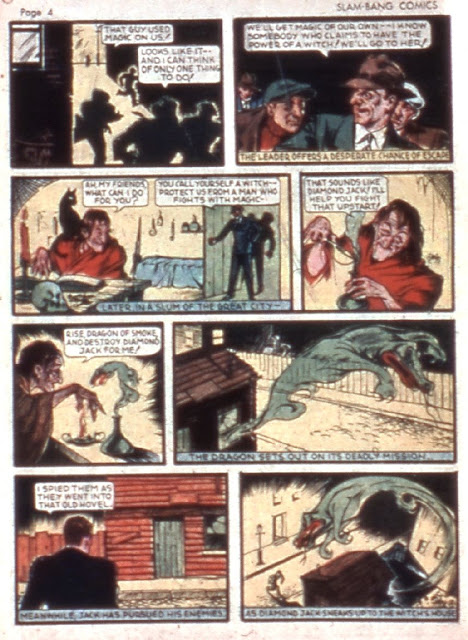 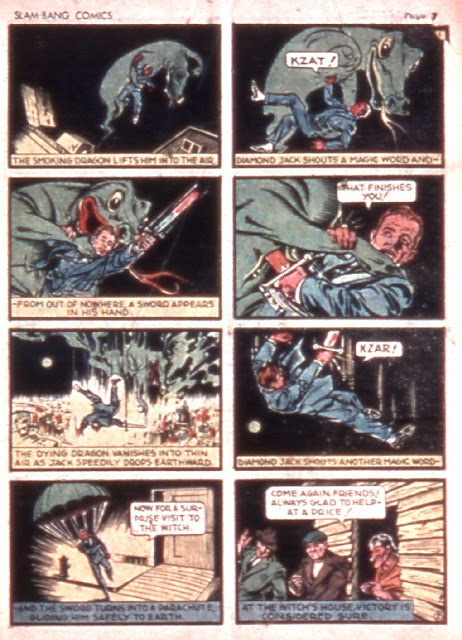 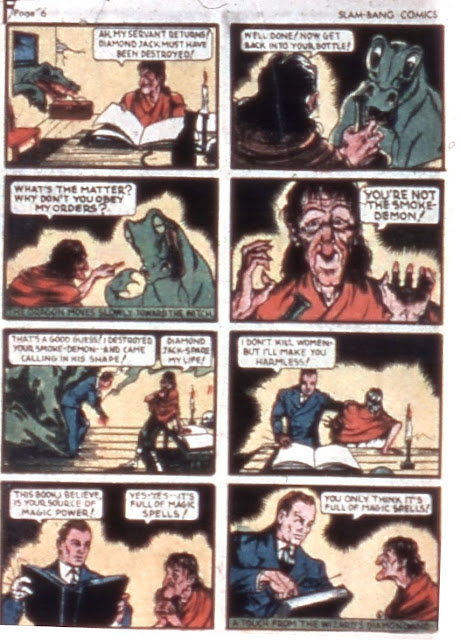 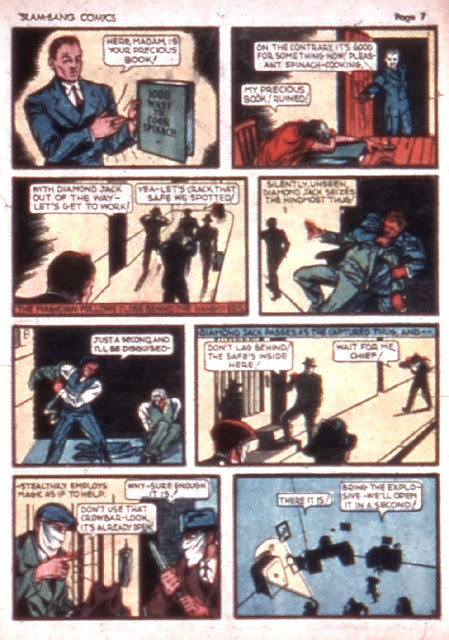 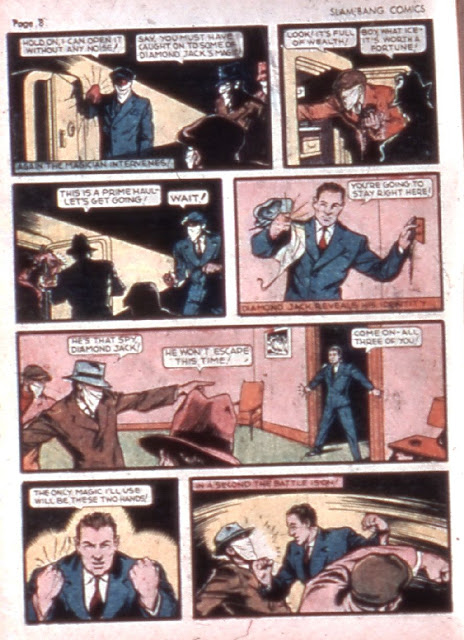 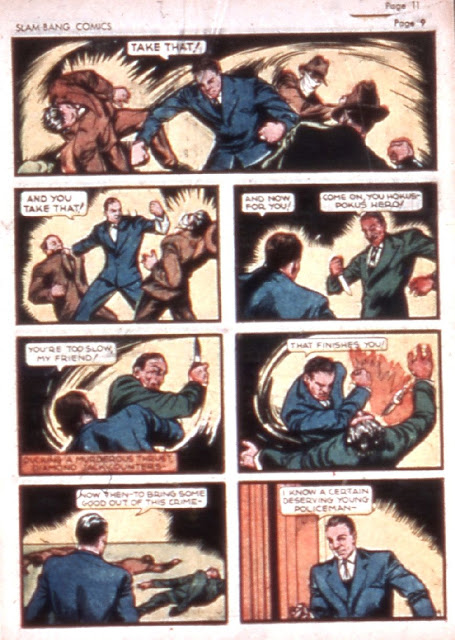 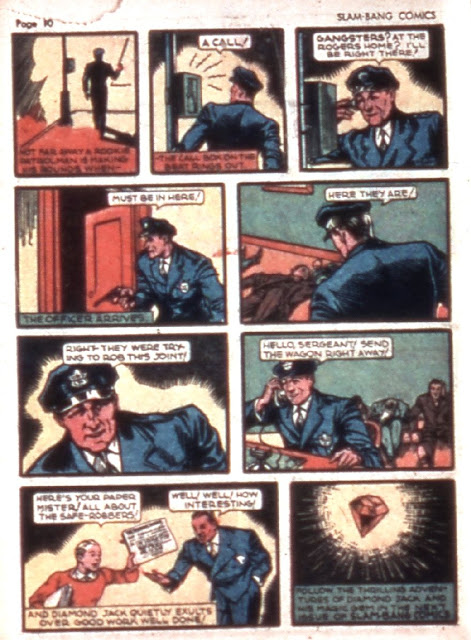